Project of a modern house on Baltiyska Street in Lviv 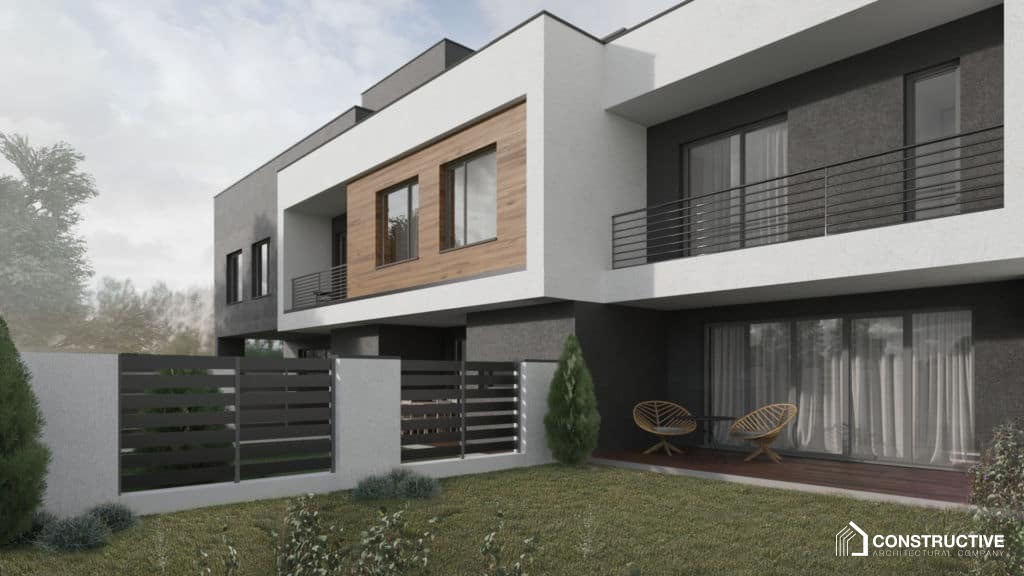 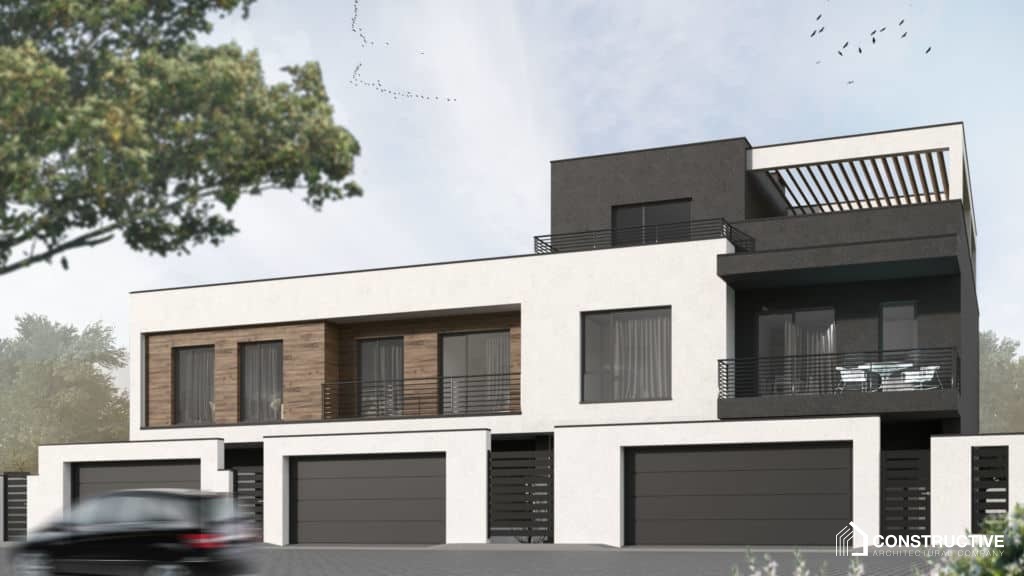 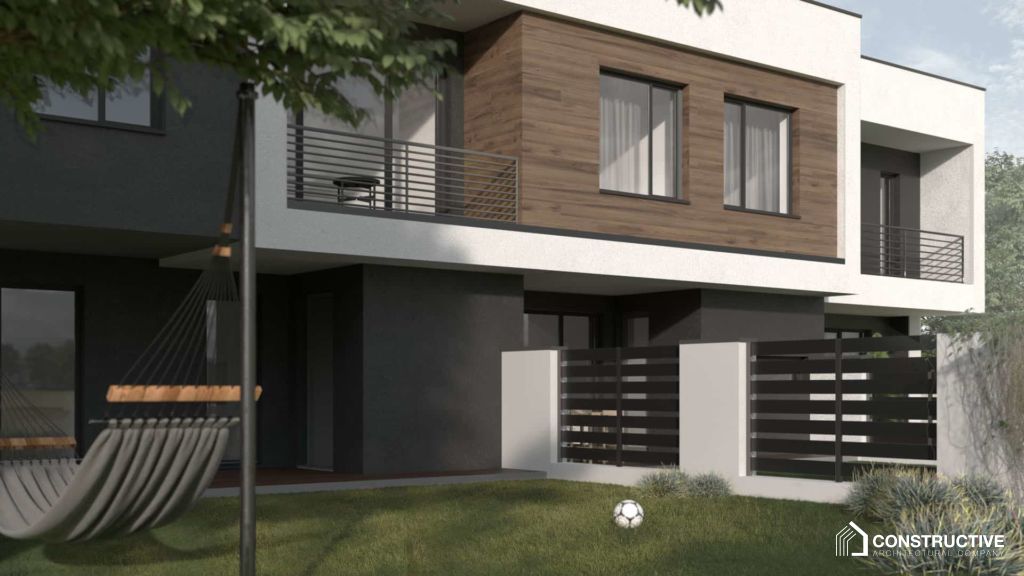 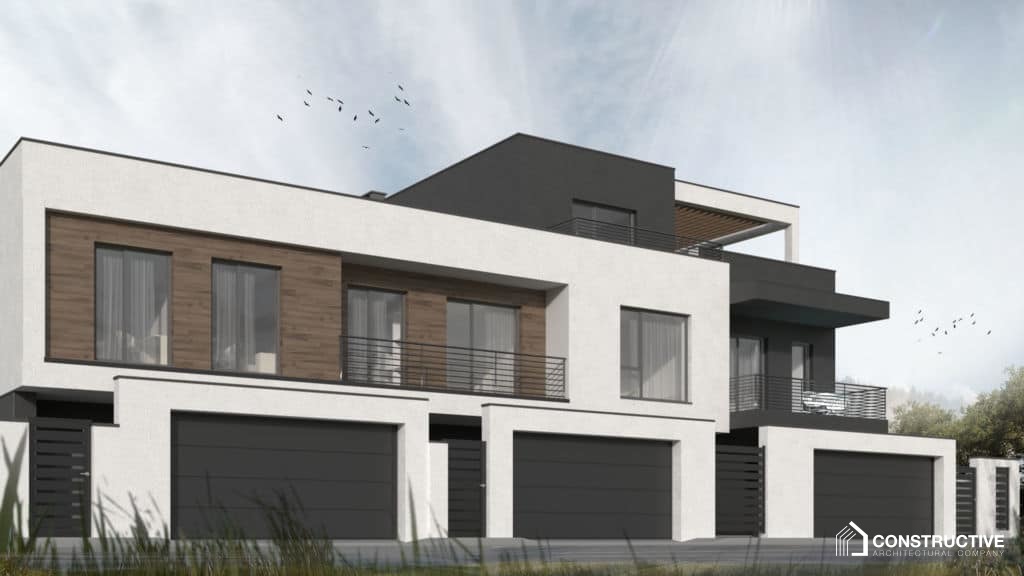 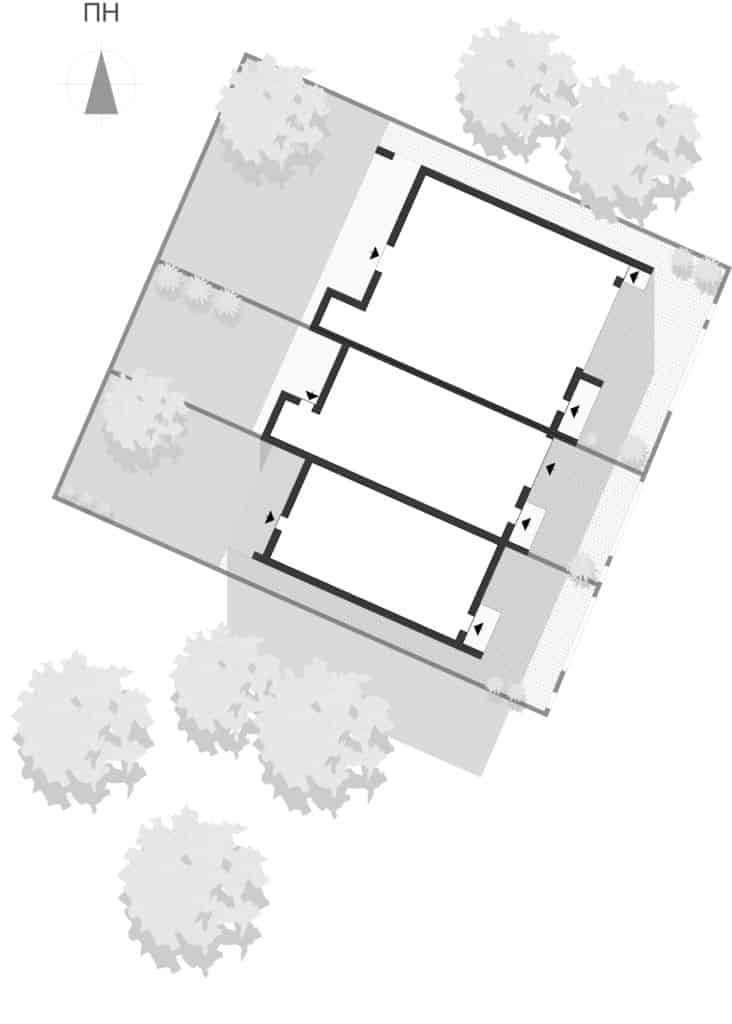 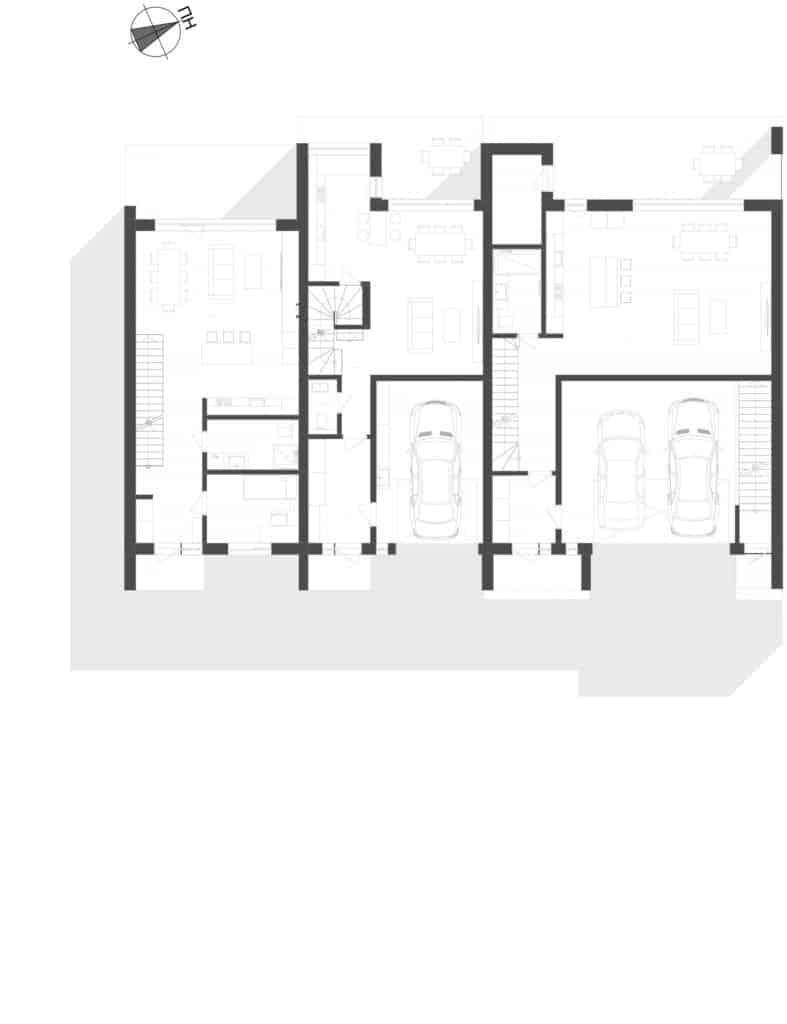 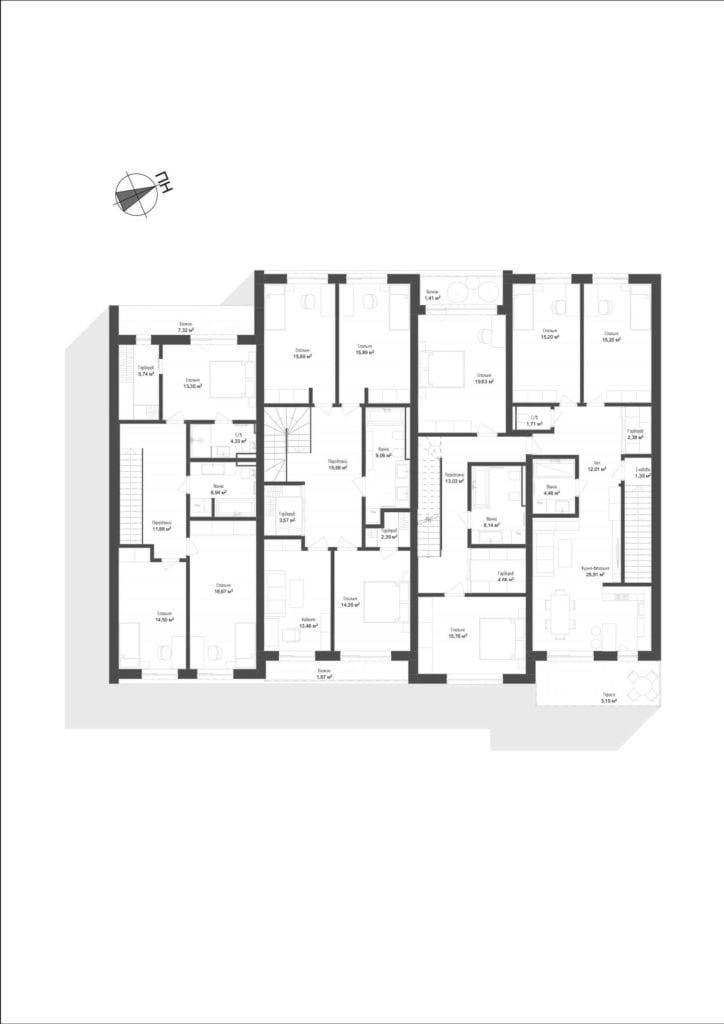 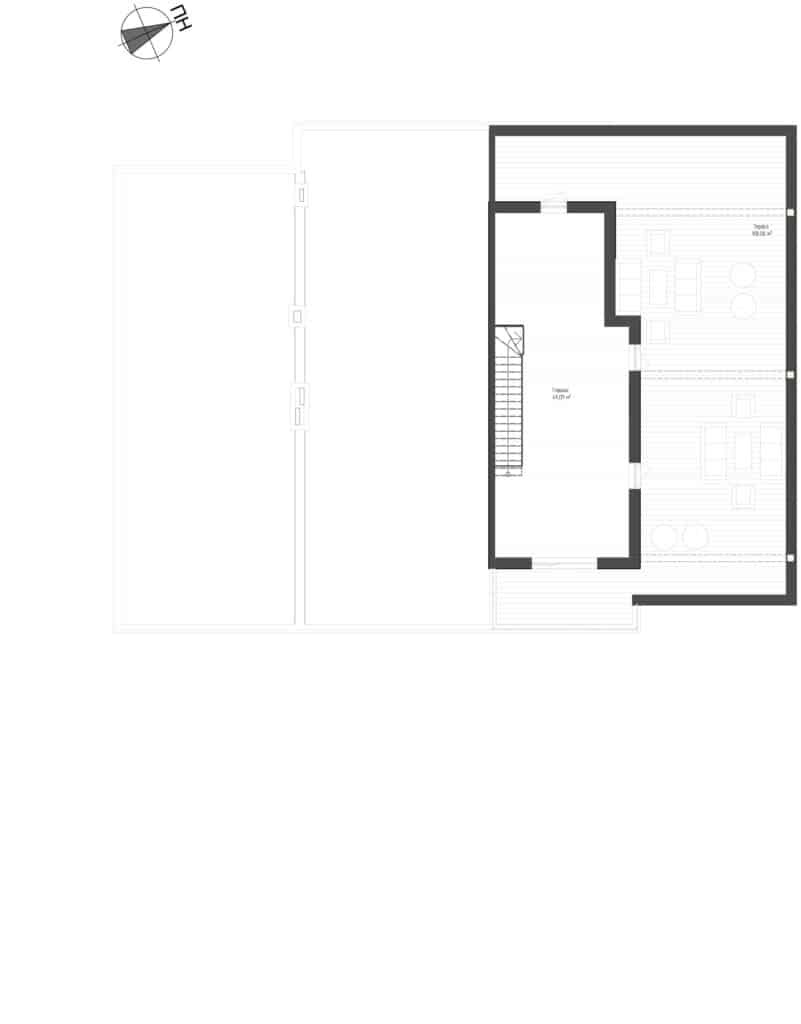 The design of a modern house concept is quite relative and always keeps pace with the existing modernity. Previously, the term "town house" was used to refer to the city residence of a representative of the aristocracy. The houses could stand alone, but in most cases they were built in a row and adjacent to each other. Therefore, in the United States, this term began to be used in architecture and urban planning for any low-rise building of low density. In particular, for the style that emerged in Europe in the sixteenth century, where a number of identical or mirrored houses had common side walls (terraced house in Britain).

Later in America, the term "townhouse" or "townhouse" began to be used to describe different types of houses in suburban areas. As a rule, they were designed with imitation of a detached or semi-detached (two-apartment house) building. Today, the term "townhouse" is sometimes used to describe housing that mimics a detached house but combined into an apartment complex (a house in North America, a terraced house in the UK). The difference between a dwelling called an apartment and a townhouse is that the latter is usually multi-storey and has its own entrance from the street. Unlike an apartment, which usually occupies only one level and has an entrance through internal stairs and public corridors.

The project of a modern house - features

One of the main requirements of customers was to design a modern house so that it looked like one building. In fact, it has three houses, one of which is a two-apartment house. The planning of the houses was developed taking into account all the wishes of each customer, so each house has a convenient individual planning with its own yard and large terraces on a relatively small area. On the ground floors there are common areas, combined kitchens and living rooms with access to terraces and courtyards. Garages for one and two cars are also designed in two houses. On the second floor there are bedrooms. And in the third house on the same floor the second apartment in which parents of the owner of this house live is located. The third floor is only in the third house and is designed for relaxation both inside the house and on the large terrace, where you can lay out sun loungers and place an area with terrace furniture for a large company.

The architecture of this townhouse is achieved through a harmonious combination of simple geometric shapes and calm colors. Thanks to this decision, it does not break away from the general structure of the district, but on the contrary emphasizes its comfort and tranquility, while attracting the attention of passers-by. Functional planning of apartments provides comfortable living in it. In general, the project as a whole creates a harmonious effect of "man-architecture-environment".

The project was carried out by experienced architects and design engineers and with the help of modern professional programs for calculation and design using 3D-modeling and 3D-visualization. This allows you to eliminate the maximum number of problems during construction and ensure maximum safety for people who will live in such a house. The house meets all modern requirements and norms, because the Client is our main partner.

You can see more interesting architecture here and here

Ready to work with us? WRITE TO US